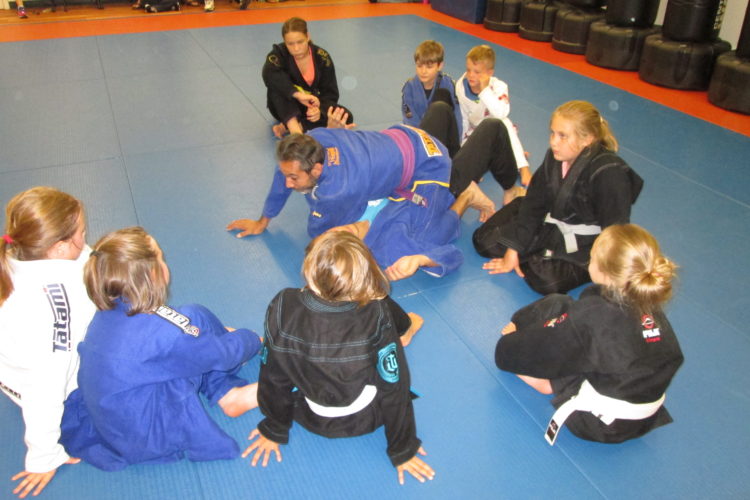 Brazilian Jiu-Jitsu (BJJ) is a martial art that came to mainstream popularity in 1993 with the first Ultimate Fighting Championship®. Its origins, however, are in Japanese Jujutsu, Judo, Sumo, as well as the innovations brought about by its Brazilian founders, Hélio and Carlos Gracie. It is most easily described as a sport similar to wrestling.

Our Kids Jiu-Jitsu Program is for ages 10-15. It emphasizes grappling, a form of combat that uses locks, chokes, and holds rather than striking. The Kids Jiu-Jitsu Program curriculum focuses on controlling an opponent, transitions, and positional sparring with other students. The techniques the students will learn are explained and repeated in ways that will help younger students remember them more easily. The concepts of perseverance (steadfastness and persistence; not giving up in spite of difficulty), respect (regard and consideration for others), courtesy (acts and behavior that demonstrate respect, manners, and consideration), and self- control (exercising restraint over one’s actions and impulses) are at the core of the program.

Jiu-Jitsu is an excellent way for kids to become more physically fit, improve their interaction skills, and develop self-confidence.